Apple is expected to give us a first glance of the iOS 14 at the Worldwide Developers Conference (WWDC) that will take place in June this year. Ahead of the company’s annual event, a new report has given us the first look of what we should expect from Apple’s next generation mobile OS.

Images and videos obtained by tipster Ben Geskin and shared with 91 Mobiles reveal that the iOS 14, that will be powering the iPhones, will come with a redesigned multi-tasking menu that resembles the iPad. An internal build of iOS 14 running on iPhone 11 Pro Max shows that the multi-tasking view of the iOS 14 will fit four apps in one screen. This layout is similar to what we have seen in iPads and users will be able to shut down an app by swiping it up.

However, when you swipe the app down, the screen goes darker and it shows the lock above it. “…It locks and unlocks as you swipe down. Don’t know exactly what it will do, but I guess this might pin the app on the multitasking screen,” Geskin wrote in a tweet sharing the video. 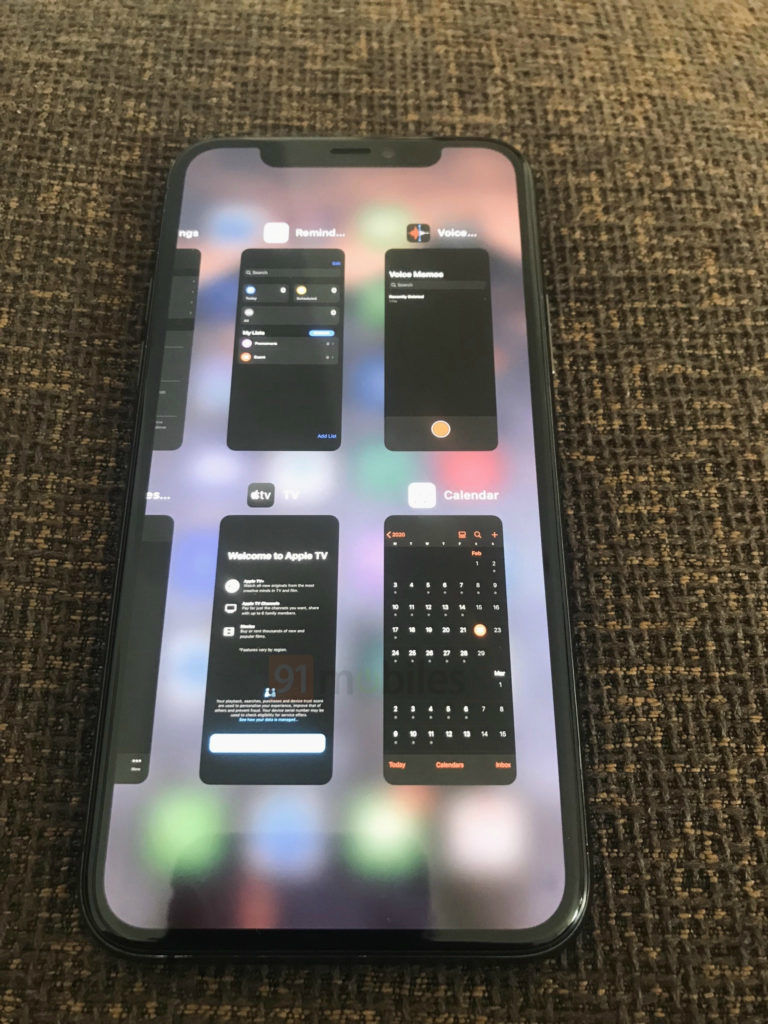 The tipster also shared an image that shows the app switch settings. Users, iOS 14, will be able to switch between Automatic, Deck Switcher, Grid Switcher and Minimum Viable Switcher settings.